Watching wildlife on the Eastern Shore is to experience some of the best wildlife habitat on the Eastern Seaboard of the United States. Located a few short hours from several metropolitan centers, this tip of the Delmarva Peninsula, flanked by the Atlantic Ocean and the Chesapeake Bay, is bucolic, friendly, and rife with natural habitat. The seaside of the peninsula is an intricate mosaic of barrier islands, all of which have been protected from development allowing nature to thrive accordingly. The bayside is indented with countless estuaries and tidal mudflats that, during migrations, can be teaming with shorebirds. Pockets of deciduous woodlands provide critical stopover points for migrating songbirds, and the peninsula catches tremendous numbers of raptors that follow the coast on their fall migration flight. The Eastern Shore Loop includes world-class wildlife watching at Chincoteague at its northern end, and world-class venues like the Eastern Shore of Virginia National Wildlife Refuge, Kiptopeke State Park, and the Chesapeake Bay Bridge-Tunnel at its southern end. In between, are a plethora of sites to see a great variety of wildlife. 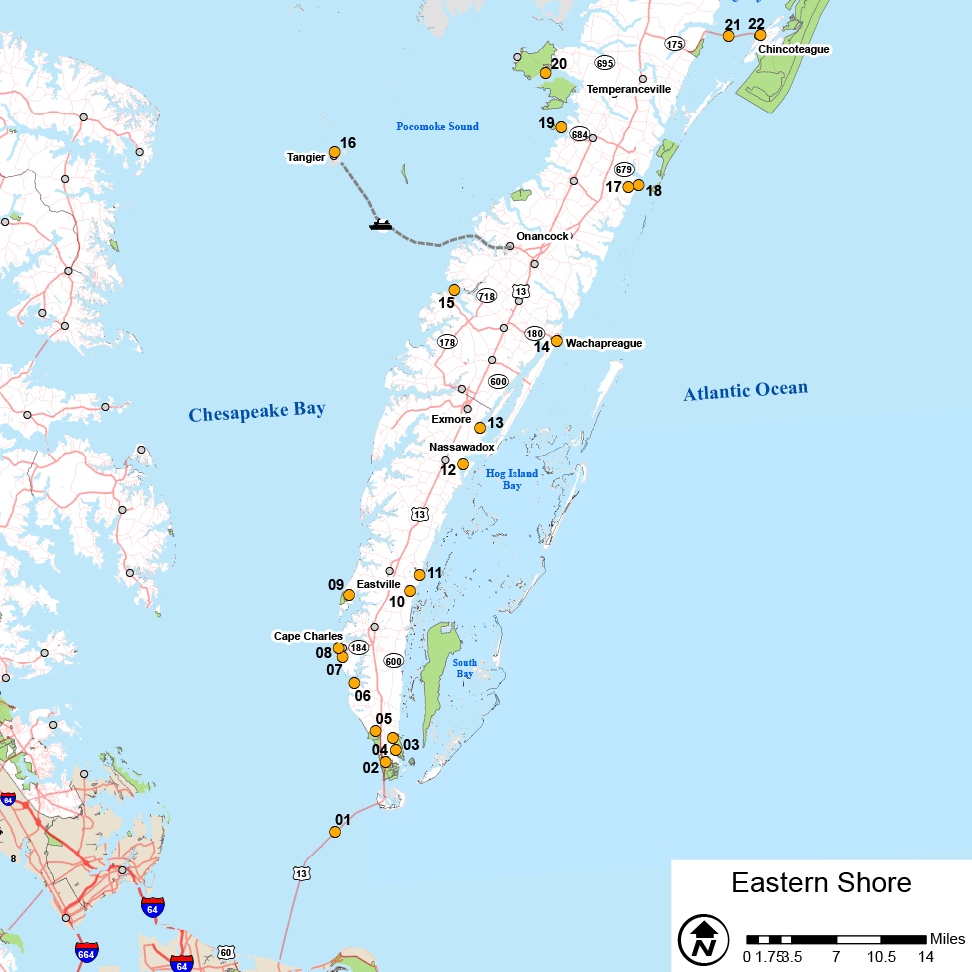 Cape Charles By the Bay
CapeCharlesByTheBay@gmail.com