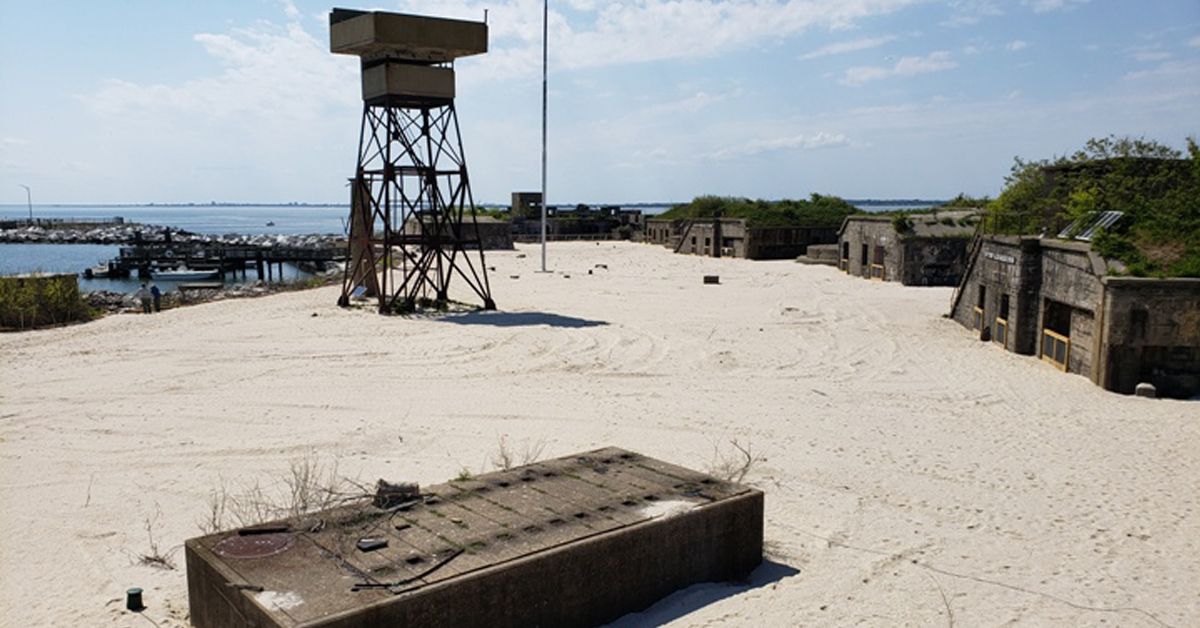 The project to create an alternative nesting habitat for the displaced colony of seabirds from the Hampton Roads Bridge-Tunnel complex in the city of Hampton and at the mouth of the James River has reached a significant milestone.

All of the habitat work necessary for the seabird colony to safely nest has been completed at Fort Wool by a team from the Virginia Department of Game and Inland Fisheries (DGIF) and partners from Virginia Tech’s Department of Fish and Wildlife Conservation.

Over the last two months, DGIF and its contractors have converted Fort Wool on Rip Raps Island from a grassy, vegetated area to an open sandy nesting area for the seabird colony displaced from the Hampton Roads Bridge-Tunnel South Island. DGIF collaborated with U.S. Department of Agriculture-Wildlife Services to effect mammalian predator control, and our contractors removed all vegetation in the target nesting area. 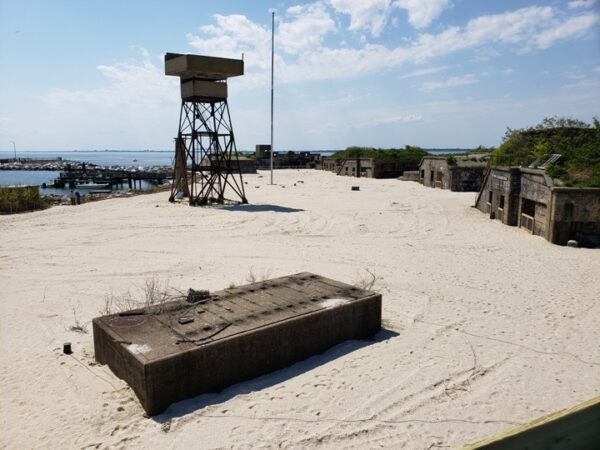 Barriers were set up at doorways and other openings to prevent chicks from entering into spaces that adult birds could not follow. Best practices defined by the Department of Historic Resources were followed; staff also created a steel plate box to protect an historic grave marker on the island. 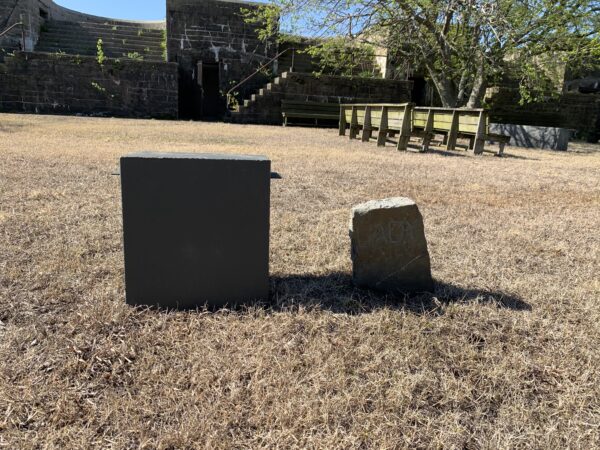 DGIF’s Honor Guard decommissioned the large American flag that has been present on the island; the flag has been returned to the Hampton Historical Museum. 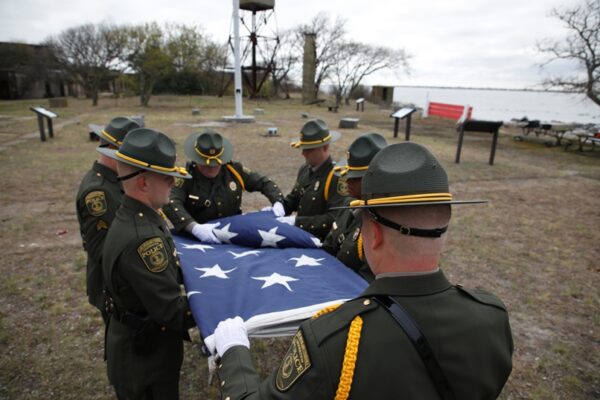 The birds in this colony are “group nesters,” so decoys of each species—common tern, gull-billed tern, and black skimmer—were deployed in an open area on the parade ground to attract nesting birds. 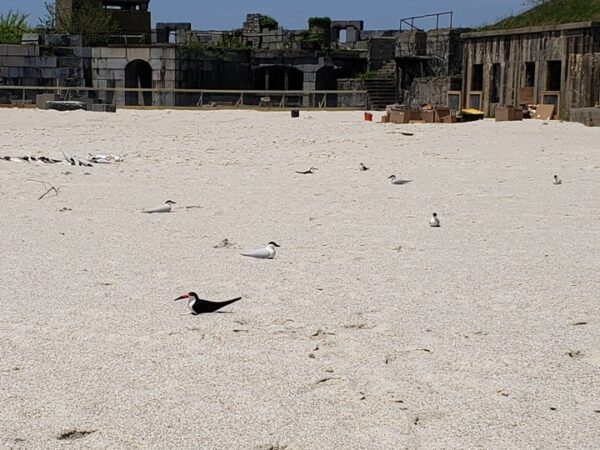 The Virginia Tech team set up three solar-powered cameras that allow us to remotely monitor bird use of the island 24/7. 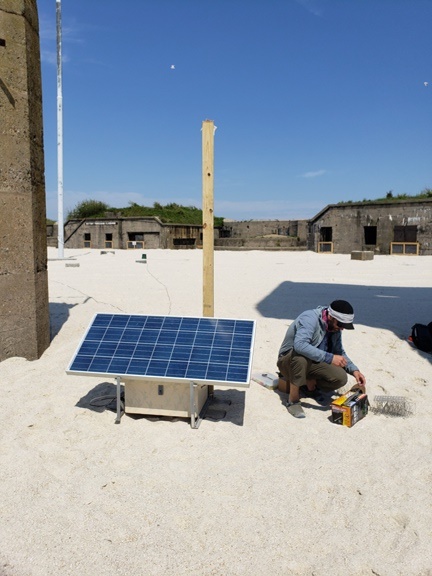 Additionally, the Virginia Tech team deployed two sound systems that are continuously broadcasting a mix of calls of the individual target species and “colony chatter.”  Royal terns have been observed mating on the parade ground among the decoys. 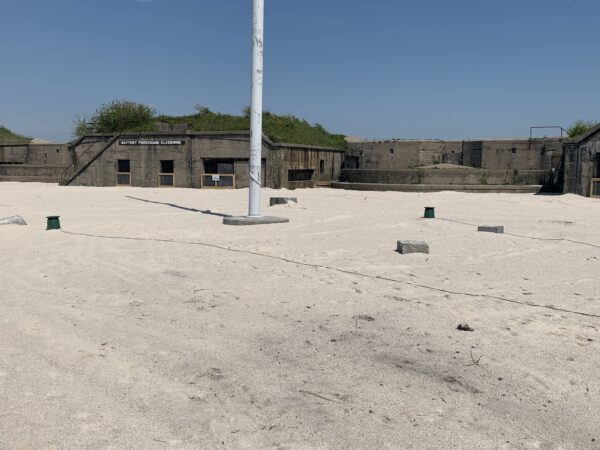 We appreciate the generous contributions of the National Audubon Society (all of the gull-billed tern decoys) and American Bird Conservancy (one of the sound systems) to this effort. Another supply of decoys and a sound system are being held in reserve for use on the artificial barge island.

During a visit to Fort Wool early last week, observed royal terns were observed beginning to nest on the roof of one of the casemates. This casemate is one that was planned to be incorporated next year with additional nesting substrate on the roof, but the royal terns didn’t wait.

Because there are significant drops at the edges of the casemates into stairwells and onto the riprap, a temporary 12″ wooden barrier was installed around the nesting area to keep the tern chicks from falling over the edges. Birds did return after the disruption, it is hoped that it will continue to serve as a nesting area for these and other birds through the nesting season. 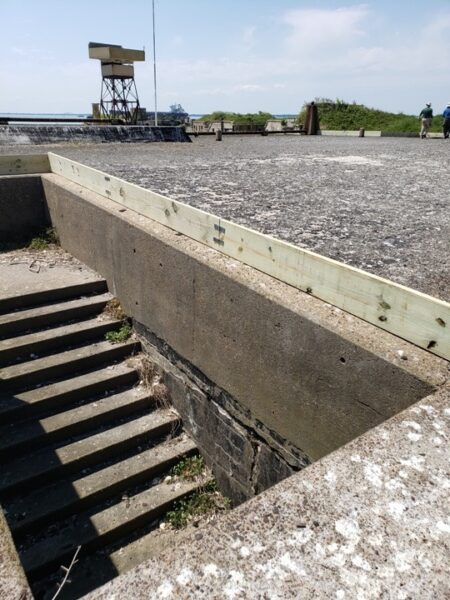 Additional signage around the southern perimeter of the island highlights the sensitive nature of the nesting area and discourages public access to the island. Increased DGIF and Virginia Marine Resources Commission (VMRC) law enforcement presence, particularly on weekends, should discourage trespass during the nesting season. 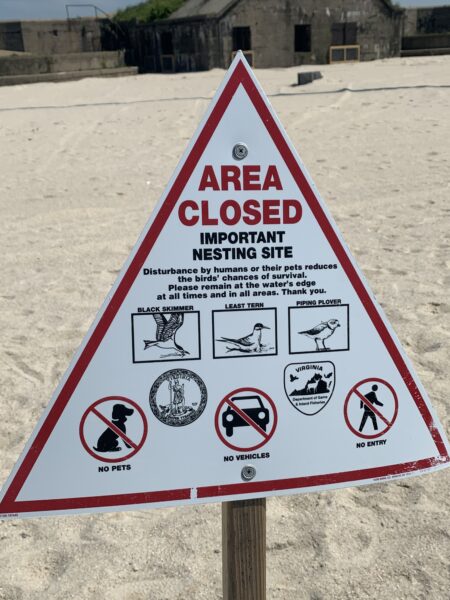 There is also evidence of a new colony of snowy egrets of about 30 nests in the shrubbery at the east end of the island.

All necessary permits have been obtained and plans are underway for barges to be placed to create more nesting habitat. DGIF is creating more than one acre of additional nesting habitat by leasing flat-top spud barges and anchoring them in the embayment between South Island and Rip Raps Island.

The surface edges of the barges will have a barrier around them to keep young chicks away from the edge. Once the barges are installed, the remaining decoys and additional sound system and camera will be installed to begin targeted social attraction to this resource.