The South Island of the Hampton Roads Bridge-Tunnel (HRBT) complex in the City of Hampton and at the mouth of the James River supports the single largest seabird colony in all of Virginia. At the peak of the nesting season, we estimate that 15,000 adults and 10,000 chicks are present on the island. In fact, South Island is where over 80% of Royal Tern and Sandwich Tern nesting occurs in Virginia. The importance of the island to the success of these two species in the Commonwealth cannot be overstated. Moreover, South Island supports approximately 10% of the state-threatened Gull-billed Tern breeding population and over 10% of the Common Tern, Black Skimmer and Laughing Gull breeding populations in Virginia.

The complex of bird species nesting on the island is indeed impressive and is the result of a combination of factors, including an absence of predators, an abundance of forage in the surrounding waters and the availability of suitable habitat resulting from management efforts carried out by the Virginia Department of Transportation (VDOT) under careful guidance from the late Ruth Beck, Professor Emeritus, at the College of William and Mary and more recently from the Virginia Department of Wildlife Resources (DWR).

What changes have occurred?

The Commonwealth of Virginia, through the VDOT, is undertaking one of the largest projects in its history — the expansion of the Hampton Roads Bridge-Tunnel. This system of bridges and tunnels, anchored by two artificial islands, is a gateway for people, goods, and services to move into and out of the Tidewater region, the Port of Virginia, and numerous vital military installations. The boring of new tunnels and corresponding expansion of South Island, necessitated that many changes occur on the island to accommodate construction activities and equipment. The areas of the island previously used by the seabird colony are no longer suitable or safe for the birds.

See All of Our Previous HRBT Updates »

What is DWR doing?

At the direction of Governor Ralph Northam, the DWR is working to create new habitat for the displaced colony. In the short-term, the DWR is converting the parade ground on Rip Raps Island (adjacent to South Island) from grass to a sand/gravel substrate. Using barges covered with a sand/gravel mix, it is also creating an artificial island to be anchored in the embayment between South Island and Rip Raps Island. Biologists will use “social attraction” techniques to lure the birds to these new locations. The DWR is also working with the U.S. Army Corps of Engineers to explore the feasibility of using spoils from dredging operations to create a brand new, permanent, artificial island near the current nesting area. Lastly, the DWR is developing regulatory language that will help protect all migratory birds, as a backstop to the federal Migratory Bird Treaty Act.

Through this page and those that are linked to, the DWR will seek to keep the public updated on our efforts. The information on these pages will be updated as work progresses.

Seabirds are birds closely associated with marine or freshwater environments that spend much of their time either over open water or close to coastlines. Seabirds are generally long-lived and produce fewer young than other birds do, which allows them to invest more time in raising their young. In fact, parental care for many species often extends well beyond fledging or when young achieve flight. Most seabirds nest in colonies, which can range in size from under a dozen to many thousands of birds. Nine species of seabirds breed in Virginia, including several species of terns and gulls, Black Skimmers, Brown Pelicans and Double-crested Cormorants. Most nest on sandy beaches, shoals and spits while others nest in marshes either on washed-up wrack or on shell deposits. The Brown Pelican and Double-crested Cormorant can nest in trees or tall shrubs. Most breeding species in Virginia have sustained significant declines. This decline was most apparent between the 1993 and 2003 statewide breeding surveys. Since 2003, declines have become less dramatic and some populations have even stabilized. Conversely, the breeding populations of the Brown Pelican, Double-crested Cormorant and Great Black-backed Gull have increased exponentially since their arrival in the 1970s and 80s.

Which species nest in HRBT colony? 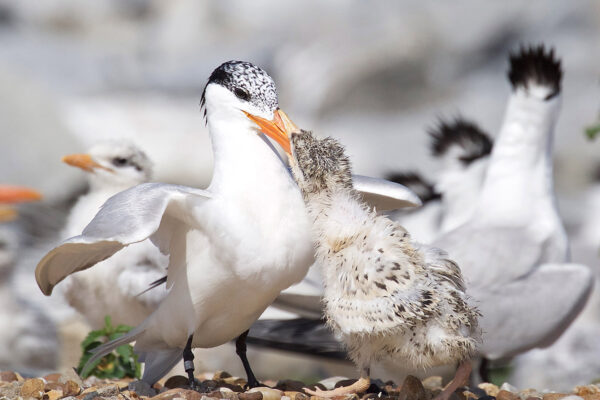 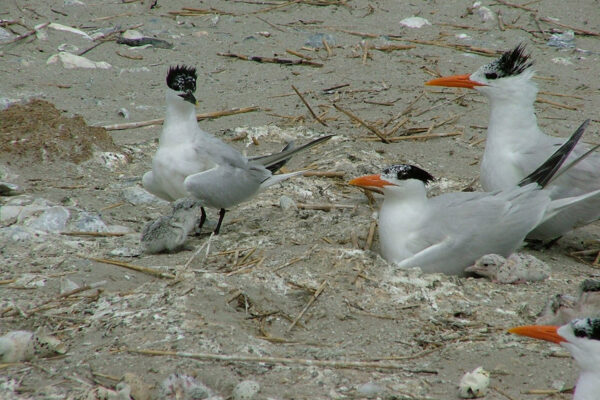 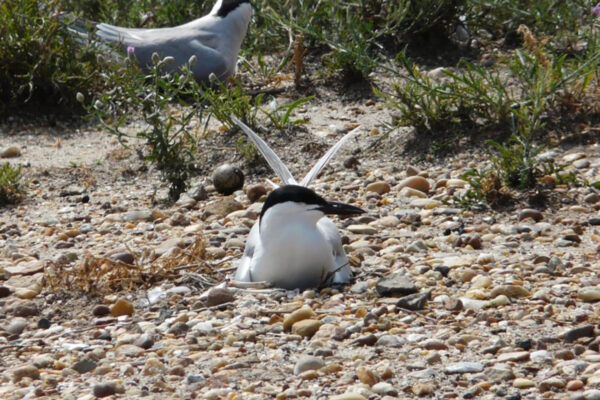 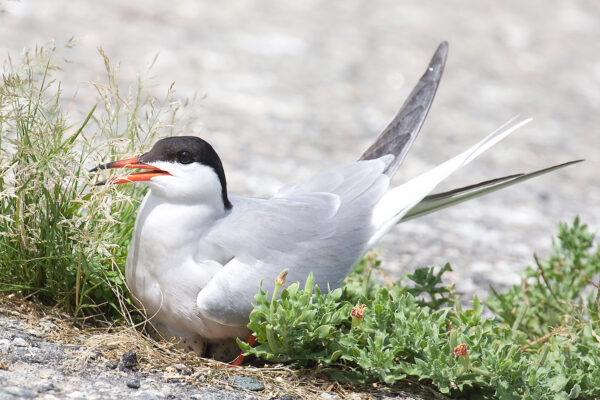 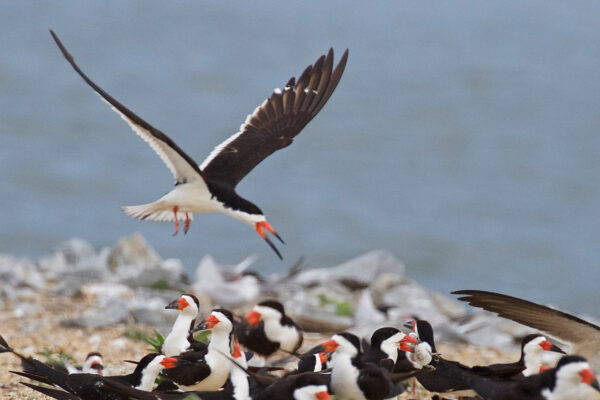 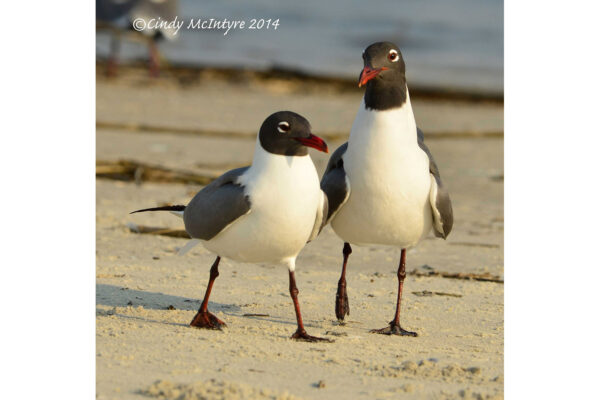